It
was going to be a busy few months of research, writing, office meetings,
conferences, and travel for NTI’s spring 2020 interns. Some would work on NTI side
events at the 2020 Nuclear Non-Proliferation Treaty Review Conference (RevCon) in
New York, others would help plan a Cyber-Nuclear Forum Meeting scheduled for July
in France. There were NTI seminars to attend, projects to collaborate on, and lunches
to share with some of the leading experts in their chosen field. The interns’ calendars
were full.

Then,
the COVID-19 pandemic hit the United States, and NTI’s latest class of interns
went remote, just like everyone else. Sadly, they will likely finish out their
time with us without returning to the bullpen.

In
lieu of a going-away happy hour, I sat down with NTI’s five interns over a
password-protected Zoom call to talk about their time at NTI, their thoughts on
working in the field of global nuclear security, and what it’s like to be
working in Washington, D.C., (now from the confines of their homes) right now.

Typically,
NTI hosts a half-dozen or fewer interns at any one time, spread across our
departments. Not every department has an intern every season, and just by chance,
there’s no intern this spring for NTI’s Global Biological Policy Programs (NTI
| bio, for short). But the interns working with five of NTI’s other programs
have been plenty busy.

For
Melissa Robbins, that’s meant diving in on a paper on the offensive cyber
policies of the United States toward other countries’ nuclear command and
control systems.

She’s
working with NTI’s Science and Technical Affairs team, and she describes the
work as a big step up from previous work experiences. “With most of the jobs
that I’ve done, it’s really just been about pushing paper and making copies,” Robbins
says. But from the start at NTI, “I was immediately thrown into writing a
policy paper for a Track II meeting—which is something that I’ve always wanted
to do.” 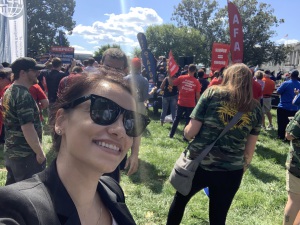 With a
masters from St. John’s University, Robbins came to NTI with the most insight
on what it’s like to be entering the field post-graduation. In short: this is
not an easy field to break into.

The
application requirements often create the biggest barrier because many so-called
entry-level jobs require at least five years of experience.

“I’m
being told, ‘OK, don’t do another internship because at this point, you should
have a full-time job,’” she says. “That’s okay, but what if the only thing I
can get is an internship? Will that count toward my five years of experience?”

Another
major issue (one the other interns echoed) is the lack of paid internships in
the nuclear security field and in Washington overall.

NTI
pays its interns, but “I honestly don’t understand why that’s not a norm,” Robbins
says. “It’s turning away so much potential. You know, we sit here and wonder
why the younger generation isn’t really interested in WMD (weapons of mass
destruction). They are—it’s just that they’re being turned away because there
just aren’t a lot of opportunities. And those that do exist cater to a really
niche community of people that can afford to do an unpaid internship in D.C.”

Getting
work experience is great, she says, but so is being able to afford rent and buy
groceries.

Grace
Strelich, who is working with NTI’s International Fuel Cycle Strategies team,
jumped in to say that virtual internships are great opportunities to overcome
geographic barriers. Especially now, she said, more organizations should
consider using them. 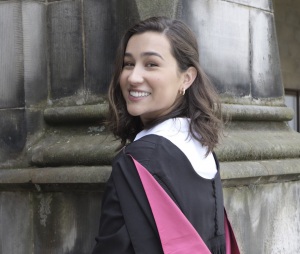 Originally
from Santa Barbara, Grace came to NTI from the University of St. Andrews, where
she majored in International Relations and Modern History. Grace is interested in the security of the enrichment process and the future of nuclear deterrence.

After
living in a small Scottish town during school, Grace probably has the most
experience working remotely and was clearly the least fazed during the recent
transition to teleworking. While studying in Scotland, she learned to take
advantage of virtual internships to gain experience.

It
was during one of these that she discovered the WMD field. “I was interested in
defense, obviously,” she says, but during a virtual internship she ended up
being thrown “into the deep end of doing research on things like the Russian
nuclear weapons arsenal.”

Because
the competition for entry-level jobs in the defense and nuclear security fields
can be extremely challenging, Grace sees some opportunity as more organizations
switch to longer-term remote work. Internships, especially, should be offered
virtually “because there are people all across the United States who may want
to work in D.C. but can’t come here for a summer.”

Maybe
so – but all the interns conceded that there are drawbacks to working from
home, even if it means getting to skip the daily Washington rush hour.

Molly
Weston, who is working with NTI’s Materials Risk Management (MRM) program, was
the first to say that, as an admitted extrovert, she misses being in the office
with her coworkers every day.

Given
that NTI was co-founded by former Senator Sam Nunn,
who served as CEO for 16 years, it’s not unusual for NTI to see a number of interns
hailing from his home state of Georgia, and Weston is no exception. A rising
junior at the Georgia Institute of Technology, she’s pursuing a degree in
International Affairs and Arabic, as well as a certificate in Scenarios and
Wargaming. She brings her research background in terrorism to the MRM team,
where she has worked on projects ranging from the Track 1.5 Global Dialogue in
Vienna to one of NTI’s newest projects, Voices of Nuclear Security.

As
the youngest of this intern cohort, Weston is closest to the transition from
the classroom to the workplace. In school, “there’s too much talk about theory
and not enough talk about practice,” she said. “For me, at least, there was an
extremely steep learning curve” that has meant catching on to the constant use
of acronyms and what feels like an encyclopedia of terminology. 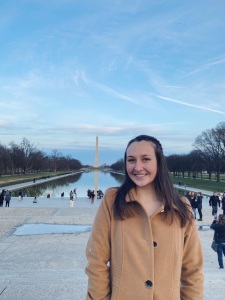 It’s
an even bigger challenge when WMD isn’t exactly in your portfolio. Weston’s research
background is more focused on counterterrorism. So how did she end up working
on nuclear materials security?

“I
was introduced to the WMD world kind of by accident,” she says. “It was a
subsection of a lecture I was taking, and I just thought that the stakes are so
much higher with WMD. It just kind of blew my mind.”

Weston’s
right – but not all NTI interns work directly with program areas. NTI also offers
internships in Development and Communications. These teams work across all the
programs to share NTI’s work with government officials around the world,
international organizations, the news media, academics, thought leaders,
publics, and supporters. For these interns, the workday can range from planning
seminars and social media campaigns to compiling briefings for senior
leadership.

Currently
a master’s student at the Georgetown School of Foreign Service, Ashleigh Jones
might not seem like an obvious fit for the Development team. She came to NTI
with an academic portfolio focused on European politics and transatlantic
security.

“I
didn’t expect to be involved with such cool projects from this side” of the
organization, she said. She was surprised to find that since joining the team,
she’s had the opportunity to be involved with an ongoing Pacific Rim project
with the Fuel Cycle team to the STA team’s research on misinformation during WMD
crises.

When
Jones returns to Georgetown, she says, she plans to take more nuclear and
WMD-related courses.

Like Weston, Jones admits that she misses going
into the office every day. 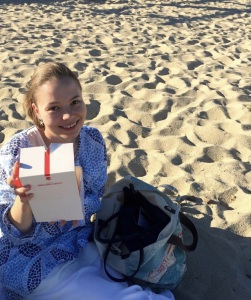 “I
guess I feel much less connected to world events than I did when I was going
into downtown D.C. and working a couple of blocks away from the White House,”
she says. The other interns agreed.

Whether
directly or indirectly, nearly all NTI programs have been impacted by COVID-19.
The biggest news in the nuclear realm has been the delay of the 2020 RevCon,
which was set to take place this week in New York. As a result, the NTI Global
Nuclear Policy Program (GNPP) has had to shift some of its work to the future.

Helping
with this process is Luke Radice, who comes to NTI after graduating from
Claremont McKenna College in 2019 with dual honors in International Relations
and History.

Like
Weston, Radice discovered the WMD field on campus. “I was very fortunate that I
happened to have my Intro to International Relations class taught by my
school’s nuclear expert,” Radice says. “I just kind of fell in love with the
field and ended up taking that professor’s nuclear courses.”

Even with that academic experience, Radice is
facing a problem common among students studying broad fields like International
Relations: he says he finds everything
interesting. 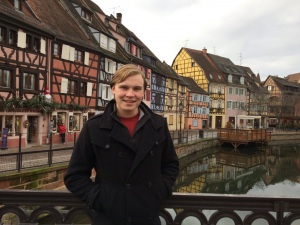 Before
coming to NTI, he was in Sofia, Bulgaria working for the Center for the Study
of Democracy. Looking beyond the NTI internship, he plans to “whittle down” his
interests.

But
first, Radice just learned he’s been accepted to the Fulbright Program in
Germany, so he will surely find more to explore abroad.

The
world has changed dramatically since this intern group joined NTI in January,
most of them to work on nuclear security-related issues. Although the
cancellation of trips and conferences and such inevitably has impacted their
experience, we are grateful for their good work and encourage them to be part
of a new generation that solves today’s major security challenges.

Though our summer positions have
already been filled, keep checking our Careers
page for updates and future internship openings.