From Bad to Worse: Options for the U.S. on North Korea

Frank Aum is currently a Visiting Scholar at the U.S.-Korea Institute,
Johns Hopkins School of Advanced International Studies.  He previously worked as a political appointee
in the Obama administration, serving as the Senior Advisor for North Korea in
the Office of the Secretary of Defense and Special Counsel to the General
Counsel at the Department of the Army.
In 2017, he received the Secretary of Defense Medal for Outstanding
Public Service.

Aum shared his views with Atomic Pulse on the threat posed by North Korea, the status of its nuclear program, and options for the United States. Find NTI’s latest resources on North Korea here.

Before he left office, President Obama
told President-elect Trump that North Korea was the “most urgent problem” he
would face.  Why?

North
Korea poses a serious direct threat to the United States, our South Korean and
Japanese allies, and our forces in the region due to its large conventional
forces, its growing weapons of mass destruction program, its history of
proliferation, and its willingness to flout international law to achieve its
aims.

North
Korea is considered to have an advanced and comprehensive nuclear program, with
over 100 nuclear-related facilities. Since 2006, North Korea has conducted five
nuclear tests, and the last one, in September 2016, had an estimated yield of
20 to 30 kilotons.  Experts assess that North
Korea currently has enough fissile material and weapons inventory for
approximately 25 nuclear weapons, and in a worst case scenario, could have
up to 100 weapons by 2020.

With
regard to delivery systems, experts estimate that North Korea has at least several
hundred short- and medium-range ballistic missiles that can reach all of South
Korea. North Korea also possesses intermediate-range missiles that can reach
Japan and Guam, and has revealed different variants of mobile ICBM missiles
that can potentially target the continental United States.

Most analysts believe
that North Korea has developed the capability to miniaturize a nuclear warhead
to place on top of most of its missiles, but it’s unclear whether it has also
developed a reentry vehicle that can protect the warhead from the stress of returning
to the atmosphere. 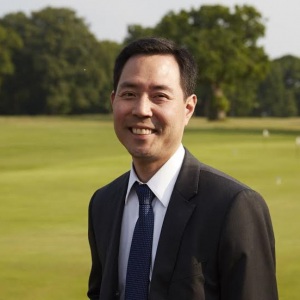 Ultimately, without flight tests of its ICBM, we don’t know for sure about its capabilities. However,
during his New Year’s address this year, Kim Jong-un claimed that the country
was making final preparations for its first long-range missile test.

What options does the United States have
to confront this threat?

We
have bad and worse options. Let me go through some of the options that the
Trump administration has reportedly considered:

On
one end of the spectrum is conducting military strikes, either on North Korea’s
nuclear and missile facilities to degrade its programs or as part of an attempt
at regime change. There are many problems with a military strike, whether done
preventatively or preemptively in self-defense. First, as I mentioned, North
Korea has over 100 related nuclear facilities and perhaps many more in its
network of underground facilities. It also has mobile missile launchers that
can be dispersed from garrisons and hidden quickly. So it would be nearly impossible
to take out its nuclear and missile programs in a clean and comprehensive way,
which allows for the possibility of nuclear retaliation. There is also a strong
likelihood that North Korea would retaliate using conventional means, including
the hundreds of artillery shells that could reach Seoul easily, or even using chemical
and biological weapons. Another complicating factor is that if we are
considering a risky strike, we would need to evacuate thousands of U.S.
citizens from Seoul beforehand, which also tips off North Korea and China about
impending danger. This is why most experts believe that a military strike is
not realistic. Another option might be covert action to degrade North Korea’s
facilities, but all the attendant risks I mentioned before still apply.

On
the other end of the spectrum is to tacitly accept North Korea as a nuclear
weapon state and shift the focus to counter-proliferation, sanctions,
deterrence, and missile defense. The problem here is that North Korea’s nuclear
weapons still remain, as does Pyongyang’s propensity to proliferate material
and technology. Also, there is the concern that Kim Jong-un may escalate conventional
provocations against South Korea, believing that his nuclear program will deter
U.S. intervention. Furthermore, accepting North Korea’s nuclear status may erode
South Korea and Japan’s forbearance, causing them to develop their own indigenous
nuclear weapons to provide strategic balance in the region. This also has
negative implications for the global non-proliferation regime. With regard to
missile defense, our ground-based interceptors in Alaska and California don’t
have a perfect track record in tests for interception of ICBMs, so this isn’t
something we can rely on with high certainty.

In
terms of deterrence, some have suggested that the United States should deploy
nuclear weapons to South Korea. But we already provide extended deterrence
through our conventional forces on the Peninsula as well as extended nuclear
deterrence from off-Peninsula. There may be some messaging or bartering value
by deploying nuclear weapons in South Korea, particularly with regard to China,
but this would be at the cost of undermining the U.S. and South Korean goal of
denuclearizing the Korean Peninsula.

What are the less bad options?

The
current debate among North Korean watchers has centered around two conventional
camps:  pressure vs. engagement.

On
one side are those who believe that the United States hasn’t come close to
implementing a full pressure campaign against North Korea using diplomatic
isolation and financial measures. This is true, we didn’t really have a robust sanctions
regime on the level of Iran, Cuba, South Sudan, or Myanmar until just last
year, when Congress passed the North Korea Sanctions and Policy Enhancement Act
and the UN Security Council passed Resolutions 2270 and 2321. It appears that
the Trump administration’s North Korea policy will largely follow this course,
ramping up pressure against North Korea and, indirectly, China. This course could
include more unilateral U.S. sanctions against Chinese banks and other entities
in China that help North Korean front companies conduct prohibited activities. Stronger
enforcement of sanctions, both by the U.S. government and other governments,
would also be helpful.

However,
there are several problems with the pressure approach. First, as the latest United
Nations Panel of Experts report indicated, North Korea has been very good about
adapting to international sanctions, using evasive methods and front companies
to maintain access to the international financial system. These circumvention
methods, as well as inadequate compliance and enforcement by UN Member States, have
undermined the UN resolutions’ impact.

Second,
since a large percentage of North Korean activities and exports go through
China, any successful pressure campaign will require Chinese cooperation and
enforcement. But China has been resistant to clamping down on North Korea too
hard because it doesn’t want to risk regime instability and crisis on its
borders. Also, if you directly sanction Chinese entities, you risk angering
China and jeopardizing cooperation with Beijing on a range of other important
issues.

The
third problem is that it’s not clear what the goal of a pressure campaign is. Targeted
financial measures are a tool or tactic but they are not an end in itself.  Some pressure advocates would argue that the
goal of using pressure would be to either have North Korea collapse or to
coerce North Korea to return to the negotiating table to talk sincerely about
denuclearization. But given North Korea’s sanctions evasion and China’s
unwillingness to tighten the vise too hard, I just don’t see either of these
outcomes happening any time soon. In fact, North Korea recently said that the U.S.
cruise missile strikes on Syria on April 6 vindicated its decision to develop
its nuclear program. The bottom line is that pressure can and should be
intensified, but it likely won’t lead to our desired outcome, at least not by
itself.

On
the other side are the advocates of engagement. This side recognizes that
sanctions are an important tool but believe that at some point, there needs to
be a political solution to this crisis that requires talking. The problem here
is that we have been talking to North
Korea, and this is over 25 years, both in terms of official negotiations that
the public is aware of but also as part of confidential talks that the public
is not aware of. When we do talk, North Korea refuses to discuss
denuclearization and instead wants to come to the table as an equal nuclear
power to talk about a peace treaty that would end the Armistice Agreement,
which may entail the removal of U.S. forces from the Korean Peninsula. These
are considered non-starters for the United States.

One
group of engagement proponents have argued for negotiating with North Korea to
achieve a freeze on nuclear and missile tests in exchange for humanitarian aid
and sanctions relief, and then this would be a starting point for discussions
later on related to denuclearization. However, skeptics claim this approach is
disingenuous because even if North Korea were to agree to a freeze, which it
has shown no interest in doing, it has not demonstrated a good track record about
letting international monitors verify the freeze.

In summary,
all of these options are not good. It appears that the Trump administration
will continue to rely on diplomatic isolation, military deterrence, and
financial pressure as its North Korea policy. And the April 6-7 Trump-Xi summit
did nothing to change this expectation. But I hope that, in addition to bigger
sticks, the Trump administration is also considering sweeter carrots – pressure
and engagement don’t have to be mutually exclusive and can sometimes be
mutually reinforcing.

Given the poor choices, what is your
outlook for the future?

Barring
an extreme shift in policy, I think in the future, we will likely be in the
same unresolved situation as today but with greater risk. At some point in the
next several years, North Korea will have demonstrated a potential long-range
ICBM capability, which may cause the United States to consider even riskier options.
Similarly, South Korea and Japan will need to demonstrate to their publics that
they are taking measures to better defend themselves, including offensive
strike capabilities in the case of Japan, and more calls for the deployment of
U.S. nuclear weapons in South Korea.

Perhaps
the most alarming aspect is that even if our policies “succeed” in creating instability
or regime collapse in North Korea, which seems inevitable, then we will face an
incredibly daunting situation in terms of securing the weapons of mass
destruction in North Korea. You not only have all of North Korea’s nuclear material
and facilities – which the Nuclear Threat Initiative’s last Nuclear Security Index rated at the
bottom in terms of theft and sabotage – but you also have the missile
facilities, the chemical and biological weapons program, the potential for
factionalization of the North Korean military, and three countries – China,
U.S., and South Korea – that are all wary about the intervention of the other.
So beyond the current efforts to achieve North Korean denuclearization, there
really needs to be a concerted, sustained, and resourced effort to address this
type of counter-WMD situation in a post-collapse scenario.

Understanding the Iran Nuclear Agreement: Managing risks in an era of dangerous rhetoric and provocations.

Understanding the Iran Nuclear Agreement: Managing risks in an era of dangerous rhetoric and provocations.

Understanding the Iran Nuclear Agreement: Managing risks in an era of dangerous rhetoric and provocations