Beginning next month, the recently adopted Treaty on the
Prohibition of Nuclear Weapons will be open for signature, marking the next
phase in a long-sought but largely symbolic ban. Approved in July by nearly
two-thirds of the world’s countries, the ban would prohibit testing, producing,
manufacturing, acquiring, possessing or stockpiling nuclear weapons or other
nuclear explosives. It will enter into force following ratification by 50
countries.

Supporters of the ban treaty say it serves to delegitimize
nuclear weapons and reinforce global norms against use; however, without the
support of the nuclear-armed states, some argue that the treaty will be
ineffective. There also are serious concerns that the current text of the
treaty could undermine the Nuclear Non-Proliferation Treaty (NPT), regarded as
the bedrock of international efforts to stem the spread of nuclear weapons and
technology. Regardless, the new treaty is clear evidence of the worrying polarization
of states—polarization driven, in part, by a perceived complacency among the
nuclear-armed states and unwillingness to take serious steps to reduce the risks
posed by nuclear weapons.

We asked five nuclear experts from around the world to give us
their thoughts on the new ban treaty and their recommendations for making
progress on global nuclear disarmament.

The nuclear weapons
ban treaty is a symbolic milestone and reflects the fact that many countries
view the prohibition of nuclear weapons as the only path to total disarmament.
Because this path has been rejected by the nuclear-armed states the treaty
currently stands as a strong moral statement, rather than an instrument of
practical application. Regardless, several major flaws in the draft text should
be fixed before its entry into force. These include inconsistencies with the
international law of armed conflict and issues relating to verification and
safeguards. Importantly, the treaty must avoid confusion and prevent any
erosion to the NPT. The current process of bi-annual meetings and reviews for
the new treaty also adds a significant diplomatic burden for states. 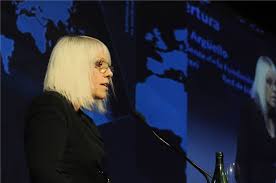 Looking ahead, the priority for all states should be to work
comprehensively on global nuclear risk reduction—in particular, reducing the
risk of the potential use of a nuclear weapon. This requires more intensive work on arms control measures,  declaratory policies

of nuclear-armed states, and enhancing the
nuclear security regime to reduce risks posed by non-state actors. Disarmament
verification must also become a global endeavor, with the active participation
of the international community. Any strategy for reducing nuclear risks will
require the active participation of all nuclear-armed states. Most urgently,
the United States and Russia, along with China, should work to reach a common
view about how to reduce global nuclear insecurity. Visionary leadership will
be vital.

The
new nuclear weapons ban is likely to further polarize the non-proliferation
community – a development that both proponents and opponents of the initiative
share responsibility for. Sharp dissenting statements issued by France, the U.S.
and UK foreshadow this possibility. Yet the ban treaty arrives at a time when
major challenges to the health of the NPT already exist. 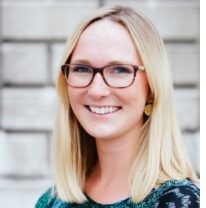 The crisis in US-Russia arms control, or President
Trump’s apparent interest in unravelling the Joint Comprehensive Plan of Action
with Iran, are extremely concerning.

Nuclear
programs in East Asia are proceeding along similarly worrying trajectories.
Against this backdrop, the ban treaty seems likely to become one ingredient in
a recipe for multilateral gridlock, acting as a focal point for the wider
frustrations of all.

John Carlson, member of the Asia
Pacific Leadership Network (APLN) and counselor to NTI,
former director-general of the Australian Safeguards and Non-proliferation
Office

The nuclear weapons
ban should have been a landmark treaty. However, its political and historical
significance is undermined by major problems in the text, especially on the
vital issue of safeguards (verification). Disarmament depends on rigorous and
universal verification standards, but this treaty discriminates among parties,
setting different requirements depending on a party’s circumstances. This and
other problems (outlined here) reflect that the
treaty was negotiated in only four weeks, an unprecedented pace for a treaty of
such importance. If the General Assembly does not fix the problems this will
become a textbook case on how not to negotiate a treaty. Despite the treaty’s
shortcomings, however, its message cannot be ignored. 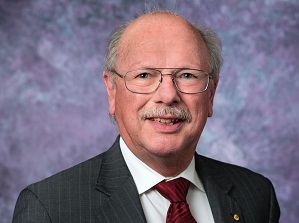 Two-thirds of the international community have made it clear the
nuclear-armed states must stop making excuses for lack of progress on nuclear
disarmament. The circumstances might not be right for complete disarmament in the near term, but there are many

steps that can and should be taken now to
reduce the risk of nuclear war. The nuclear-armed states must start a serious
process towards disarmament – this is essential not only to meet world
expectations, but for their own survival.

The Prohibition Treaty
reflects deep frustration at today’s nuclear disarmament stalemate and fears of
nuclear use. It is a wake-up call for all
Parties to the Nuclear Non-Proliferation Treaty (NPT). Still greater
polarization – and questions about the NPT’s value in reducing nuclear dangers
– will accelerate the treaty’s loss of credibility and legitimacy. Sooner than
later, its effectiveness in supporting the security interests of the NPT
nuclear-weapon states will be undermined. For Prohibition Treaty supporters,
Article VI of the NPT remains the only legal obligation to advance nuclear
disarmament. Their claim that the new treaty will lead to rethinking reliance
on nuclear weapons is but a long-term hope.

More
immediately, the Treaty will not reduce today’s nuclear dangers or reinvigorate
a moribund nuclear disarmament process. The challenge for all NPT Parties is to agree on a shared vision of the nuclear future and commit to build the conditions for its realization.

The hastily drafted nuclear
weapons ban is a hybrid treaty. While it helps strengthen the norm against
nuclear weapons possession and use, it also includes elements that could
undermine the global non-proliferation regime. For example, the treaty
potentially opens the door to states “cherry picking” between provisions
in the Nuclear Non-Proliferation Treaty (NPT) and the new treaty. It also lacks
clear definitions of terms and provisions, particularly on verification. 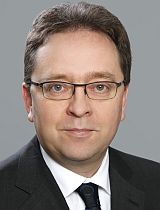 Combined
with a lack of compliance procedures, this will make it difficult to implement
and enforce the treaty. One suggestion is to form a group of “friends of the nuclear order” that would work to advance the normative agenda of the treaty, while minimizing the potential

risks to the
NPT, the IAEA and the broader safeguards and verification regime. Such a group
could consist of states which have not joined the treaty because of
alliance relationships but are supportive of a world free of nuclear weapons as
well as treaty members who have concerns over certain elements of the treaty
and are interested in building-bridges towards non-states parties. This group
could advance joint, parallel initiatives at NPT meetings of states parties,
within the IAEA, and during future meetings of ban treaty members with a view
to reducing the contradictions and tensions between the treaty and the
non-proliferation regime.

For more information and perspectives on the prohibition
treaty please see the following resources:

Commentary by members of the European Leadership Network

Statement
by Chung-in Moon and Ramesh Thakur, Co-Conveners of the
Asia-Pacific Leadership Network