International experts from across the three
working groups of the IPNDV met in London in December 2018 for the
Partnership’s sixth plenary session. The meeting marked a half-way point for
the Partnership’s second two-year phase, in which members are taking a deeper
dive into the 14 steps of the dismantlement lifecycle and conducting a series of
collaborative practical activities to test theories and methods.

Below, experts from each of the IPNDV working
groups discuss their involvement in the Partnership and the work underway in
their respective groups.

Col. Marek Sobótka is a senior military
adviser in the Permanent Mission of the Republic of Poland to the United
Nations Office and the International Organisations in Vienna. He is also
co-chair of IPNDV’s Working Group 4 (WG4), which is
investigating the role of nuclear weapon declarations and how to verify them. 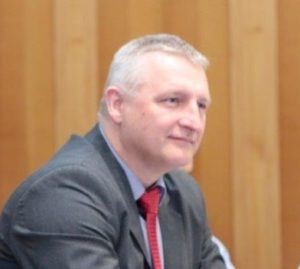 Throughout Phase I, he served as co-chair of Working Group 2, which explored lessons
learned from various on-site inspection regimes and identified a number of
common principles and inspection procedures that could be applied to future
nuclear disarmament verification.

The work done by this group in Phase I helped
lay the groundwork for Phase II:

Poland has always
attached great importance to arms control and has been excited to be part of
this multilateral initiative from the beginning. IPNDV, despite its uniqueness,
does not work in a vacuum. From the beginning of the work carried out under the
Partnership, an important activity was the exploration of existing arms control
regimes (including those not related to nuclear weapons) in terms of selecting
elements that can be used in the process of nuclear disarmament and
identification of possible needs in this area.

During the London
Plenary meeting, WG4 conducted a table-top exercise based on the Conventional
Forces in Europe Treaty model, which has a system of information exchange and
verification with a lot of similarities with the START family of Treaties. We
prepared different options and scenarios to allow participants to look at the
practicalities and activities that could be undertaken to verify the weapon
declarations at the different deployment sites and areas. The exercise
showed the complexity of the verification of provided weapon
declarations in the context of “Correctness and Completeness” of the
process. We concluded that further investigation is needed to understand:

The exercise was very
helpful to our experts and we may develop plans to conduct another one later in
Phase II.

Hege Schultz Heireng is a senior adviser at the
Norwegian Radiation and Nuclear Safety Authority. After presenting the
paper Achieving Irreversibility in Nuclear Disarmament during
an IPNDV meeting in 2017, she became involved in Working Group 5 (WG5), which is
investigating potential monitoring and verification approaches to verify
reductions of a declared number of nuclear weapons. This includes the concept
of irreversibility across the dismantlement lifecycle, particularly during the
disposition of components (Step 14). 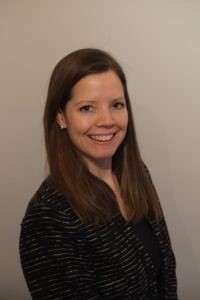 This is an important aspect of the
Partnership’s work, and Hege and her colleagues from Norway have played a major
role in furthering this issue and others throughout their participation in the
IPNDV:

Although there is
general agreement about the importance of making nuclear disarmament measures
irreversible, there is still a need for more clarity and a common understanding
of the actual meaning of irreversibility. We wanted to make the concept less
abstract and more practical.

The IPNDV is an arena
where countries share knowledge on past arms control agreements and
initiatives, and exchange information on verification procedures and
technologies. They do all this without breaching their NPT obligations. Norway
has shared outcomes and lessons from the UK-Norway Initiative and the Quad Nuclear Verification Partnership,
demonstrating that countries without nuclear weapons also can take part in
future nuclear disarmament verification.

It is interesting to
see how discussions are becoming more concrete and technical, and how new ideas
and concepts are brought to the table. I will continue to participate in WG5
where my colleagues are currently finalizing the comprehensive 14 Step report
deliverable.

Alex Walker works on nuclear
disarmament policy in the UK’s Counter Proliferation and Arms Control Centre.
Alex and his British colleagues hosted the London Plenary, which included a
visit to RAF Honington, the site of Quad Nuclear Verification Partnership
exercise LETTERPRESS in 2017. 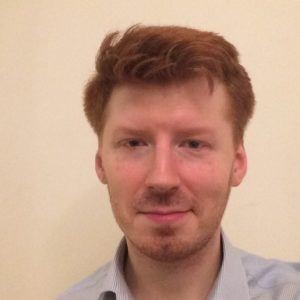 This event was his first IPNDV meeting, and he joined Working Group 6 (WG6) to continue the
identification of technologies that can be used to verify steps and procedures
across the nuclear dismantlement lifecycle.

As one of countries with nuclear weapons
participating in the IPNDV, the UK has played a critical role as a partner
since the Partnership’s inception:

Effective verification
is a vital tool in achieving our goal of a world without nuclear weapons. While
countries with nuclear weapons do have specific expertise to bring to the
challenge of nuclear disarmament verification, we certainly don’t have a
monopoly on it. It’s important that we develop a common understanding of the
verification process and how to solve some of its specific challenges together
as an international community. The enthusiasm I’ve seen for doing this at IPNDV
is really encouraging.

At the most recent
plenary meeting, the UK hosted a visit to RAF Honington, which was the site of
Quad exercise LETTERPRESS in 2017. I hope that partners found it
useful to see an example of the kind of facility where verification may take
place, as well as hear from LETTERPRESS participants about some of the lessons
learned. Several WG6 colleagues are planning exciting experiments and
demonstrations in 2019 that will test various detection and measurement
technologies, including a demonstration by Belgian colleagues which will use
nuclear material for the first time.

Read more about the work done at the at the
London Plenary here. IPNDV Partners will meet again for a joint working group
meeting in Helsinki in March 2019.

A version of this article was originally
posted on the IPNDV
website.