The International Partnership for Nuclear
Disarmament Verification (IPNDV) established technical working groups in Phase
I and Phase II to steer and facilitate its work. During the first multi-year
phase (2015-2017), experts in these groups laid significant groundwork in
identifying potential procedures and technologies that can be used across the 14
steps in the nuclear dismantlement “lifecycle.”
The work resulted in more than 35 detailed reports and papers published on the IPNDV website. Moving forward into Phase
II of the Partnership, the three working groups are making plans to take their
work from “paper to practice” by preparing hands-on activities, such as
exercises and technology demonstrations.

Below, international experts from
the three technical working groups discuss the focus of their respective groups
at the most recent IPNDV Joint
Working Group meeting in Seoul, Republic
of Korea and the work that lies ahead. 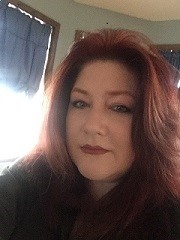 “During the
latest working group session, WG4 took a deep dive into the technical elements
of verification and discussed ways in which we can use past experiences, like
the Chemical Weapons Convention (CWC) and Conventional Forces in Europe Treaty (CFE),
as foundations from which to build an approach for future nuclear
disarmament-related declarations. We also explored what we expect to be acted
upon in a verification regime as a result of a declaration, and we discussed
the importance of transparency—its enabling elements and how it aids in the
development of comprehensive confidence.

“At its next
meeting, WG4 plans to conduct a table-top exercise that uses ideas and concepts
from the existing CFE regime and tests them against a series of pre-determined
scenarios. We also have several new technical papers in the works, including
one that will look at the development of transparency and its overall role in a
declaration.” 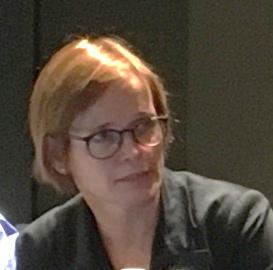 Dr. Irmgard Niemeyer is
the Head of Nuclear Safeguards and Security at Forschungszentrum Jülich, a major research center in Germany. She
participates in Working
Group 5, Verification of Reductions (WG5):

“At the
meeting in Seoul, WG5 continued mapping verification objectives and
requirements across the 14
steps. We discussed each step in some detail, starting from removing
a nuclear weapon from its delivery system at a deployed site to the disposition
of the weapon’s components.

“In moving from paper to practice in
Phase II, WG5 and WG6 are working together to help design practical exercise activities.
One of these activities, led by colleagues from Japan, will be a walkthrough of
step 14 on disposition, and another activity will test some of the procedures identified
in Phase I for verifying the actual nuclear weapon dismantlement (Step 8)
during an exercise planned by France and Germany at Forschungszentrum
Jülich.

“WG5 has started to develop a common
scenario for planned Phase II exercise and demonstration activities using a
fictitious state. This scenario draws from the “Quad
Nuclear Verification Partnership,” a multi-year arms control
initiative between Norway, Sweden, the United Kingdom, and the United States.
WG5 will investigate whether a physical model, a tool known from IAEA
safeguards, could provide a more structured overview of all technologies and
processes related to nuclear disarmament within the fictitious state. This
model could help specify state-specific verification goals and identify verification measures to
address these verification goals. By doing so, we hope to introduce more
systems thinking to the complex issue of nuclear disarmament verification.” 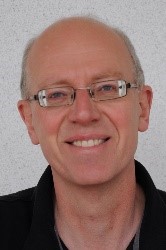 “During the Partnership’s meeting in
Seoul, WG6 heard presentations on technologies from several of our colleagues.
We discussed these technologies in the context of their application across the 14
steps, but with a focus on the actual dismantlement process. We also
continued populating our technology “toolbox,” a comprehensive matrix of
technologies that we are building on from our Phase I work. Furthermore,
insight was provided by our UK colleagues on the size of the undertaking that
nuclear weapon dismantlement verification is.

“Our joint sessions with WG5 helped
identify areas where our groups can work together to map technologies and
procedural details at each step. As a complement to the joint French-German
exercise, which focuses more on testing procedures, WG6 members are planning practical
exercises and demonstration activities for Phase II.  One demonstration, hosted by Belgium, plans to use actual
nuclear material to demonstrate technologies for the detection of the presence
and absence of plutonium. Another demonstration, hosted by Canada, will focus
on muon tomography technology. Several partners expressed interest in
participating in these demonstrations.”

Read more about the work done at the at the latest Joint
Working Meeting here.
IPNDV Partners will meet again for a Plenary session in the United Kingdom at
the end of 2018.

A
version of this article was also published on www.ipndv.org.