It has now been three years since NTI – together with the
Carnegie Endowment for International Peace, the European Leadership Network and
the Russian International Affairs Council – founded the Younger GenerationLeaders Network on Euro-Atlantic Security (YGLN). This network of emerging
young leaders was established in response to the crisis in Ukraine.  The objective was to bring together young
people from Ukraine and Russia, and from Europe and the United States as well,
to engage in dialogue, seek better understanding, and create linkages that had
been seriously damaged by upheaval in the region. 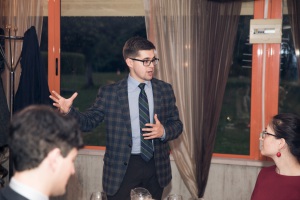 Over
the course of the past three years, this small group of young people who came
together to address the crisis of the day has evolved into a capacity-building
initiative of over 80 emerging leaders from 27 countries in the Euro-Atlantic
region.

Its agenda has expanded beyond Ukraine and now addresses current
security, developmental, and economic challenges in the Euro-Atlantic space and
the challenges of promoting open civil societies and the rule of law at a time
of rising populism and nationalist rhetoric in much of the region.

Meetings of the YGLN are held
twice a year in various European capitals.
The most recent meeting was held in early September in Minsk, Belarus.
Minsk offered some unique challenges but also a rare opportunity to meet in a
country that most people rarely visit.  To
hold our meeting there, the YGLN had to obtain approval from the Belarusian
government. 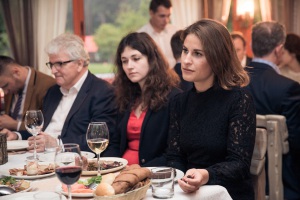 It took seven months for our request to work its way through
the Ministry of Foreign Affairs and the Belarusian Government’s interagency
process until it finally reached the desk of the President of the Republic of
Belarus, Alexander Lukashenko.

After
the opening session, YGLN members divided up into the network’s working groups
on security, economics, rule of law, and civil society. 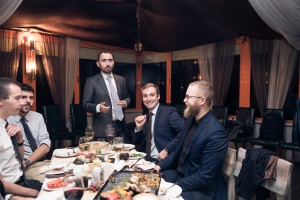 Each group tackled a set of challenges or questions,
ranging from cyberwar to relations between the European Union and the Eurasian
Economic Union to rule of law developments (and challenges) in Eastern Europe.

The working groups also had an
opportunity to interact in smaller-group settings with local Belarussian
experts. 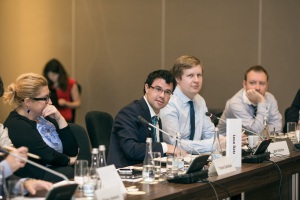 In the evenings members could
interact with one another in a more informal setting, debating topics such as
the Ukrainian crisis or the future of the European Union over local Belarussian
cuisine.

Over three years of discussion and
debate, YGLN members have been building the kind of trust that’s so desperately
lacking in the Euro-Atlantic region. They can talk about the most serious
issues affecting the region, often tackling major disagreements, with the respect
and comity that is needed to reach a positive resolution. 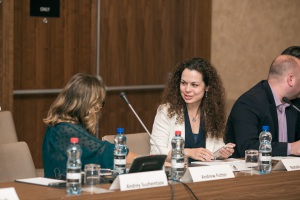 While the security situation in the
Euro-Atlantic region seems to grow more precarious by the week, the YGLN offers
hope that tomorrow’s generation of leaders will be able to work out their
differences and address the challenges that today’s generation has failed to
resolve.

Learn more about the YGLN here and here.