In last week’s historic Panmunjom Declaration, Moon Jae-in and
Kim Jong Un, the leaders of South and North Korea, pledged that “there will be
no more war on the Korean Peninsula and thus a new era of peace has
begun.”

In a Foreign Affairs
article and during an interview with Christiane Amanpour on CNN, Professor
Chung-in Moon, Senior Adviser to Moon Jae-in and Co-Convener of the Asia-Pacific Leadership Network, explains
why he believes that this latest one represents real progress and lays the groundwork for lasting peace.

“Although
much commentary has focused on the remaining difficulties, which are
considerable, it has missed just how much was accomplished last week,” wrote Moon, who has attended all three summits between the two Koreas (in 2000, 2007, and 2018). “Moon and Kim did not just make high-level commitments; they also laid
out specific timetables for implementing them and took concrete steps that will
have immediate effects in facilitating cooperation and preventing conflict.” 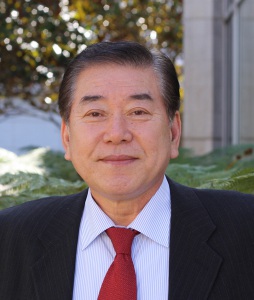 The critical question, however, is whether Kim truly is willing
to get rid of his nuclear facilities, materials, and bombs in a verifiable,
irreversible way.

Moon stated that “neither Seoul nor Washington can accept
the incremental approach; the entire deal would collapse if the North pursues
it.”

The challenge is whether the current momentum in this process
can generate, in the short-term, a comprehensive, verifiable, and
irreversible deal. It is clearly a significant challenge, but so far this
detente has delivered results that no one thought possible just a few months
ago.

With an explicit commitment
from North Korea to “complete denuclearization,” South Korea has laid
the groundwork for the Trump-Kim meeting that is anticipated to occur in
late May. Wrote Moon: “Now the ball is in Washington’s court.”

Click here
to watch the CNN interview and here
to read the Foreign Affairs article. For more NTI resources on North Korea, visit
this page.

Vladimir Putin’s invasion of Ukraine is a prime example of a regional conflict that could inadvertently escalate beyond any of the protagonists’ expectations. History is replete with similar instances of humanity stumbling into devastating conflict.

From D-Day to Little Rock, from the Korean War to Cold War crises, from the Red Scare to the Missile Gap controversies, few people have made decisions as momentous as Dwight D. Eisenhower.

The scope of the Global Nuclear Policy Program (GNPP) at NTI is vast: Reducing reliance on nuclear weapons, preventing their use and their spread, and ultimately ending them as a threat to the world. Lynn Rusten isn’t daunted.