How do we connect nuclear threats with what is most relevant and deeply meaningful in people’s daily lives? Who is persuadable, and are there common elements of a story that move the widest audience of the U.S. public? NTI commissioned research into these questions by an interdisciplinary team who have examined similar questions on youth civic engagement, gender justice, and poverty.

You may learn about the research findings by watching a recording of the webinar where the results were presented, or by reading the research report.

The piece below by Harmony Labs is republished, with permission.

Over the last few months, we’ve been working with the Nuclear Threat Initiative (NTI) to identify narratives that support a nuclear weapons-free future. We teamed up with Kirk Cheyfitz and Worthy Strategy Group who did deep qualitative research with audiences and storytellers to find out just how the stories NTI wants to tell can work.

For an in-depth look at this project and the story opportunities that emerged from it, there will be a community briefing on September 13th. You can register here.

In advance of that bigger conversation, we wanted to share one important finding from this project that can be used in narrative work on any issue.

Put a Future in It, Friend

This abbreviates to PFIF, which is somewhat less compelling than KISS: Keep it Simple Stupid, but it was the single most important insight gained in the quantitative testing for this project. Across the dozens of concepts tested, audiences only moved on denuclearization if the story concept included a vision for a positive future.

Here is just one example from this testing: the first version moved the audience in the desired direction, the second did not.

The same story told two ways works when we close with the opportunity for a better future. The same was true for another concept, this one created by a professional with real ad experience. The concept here is beautiful and compelling, but it didn’t move the audience. 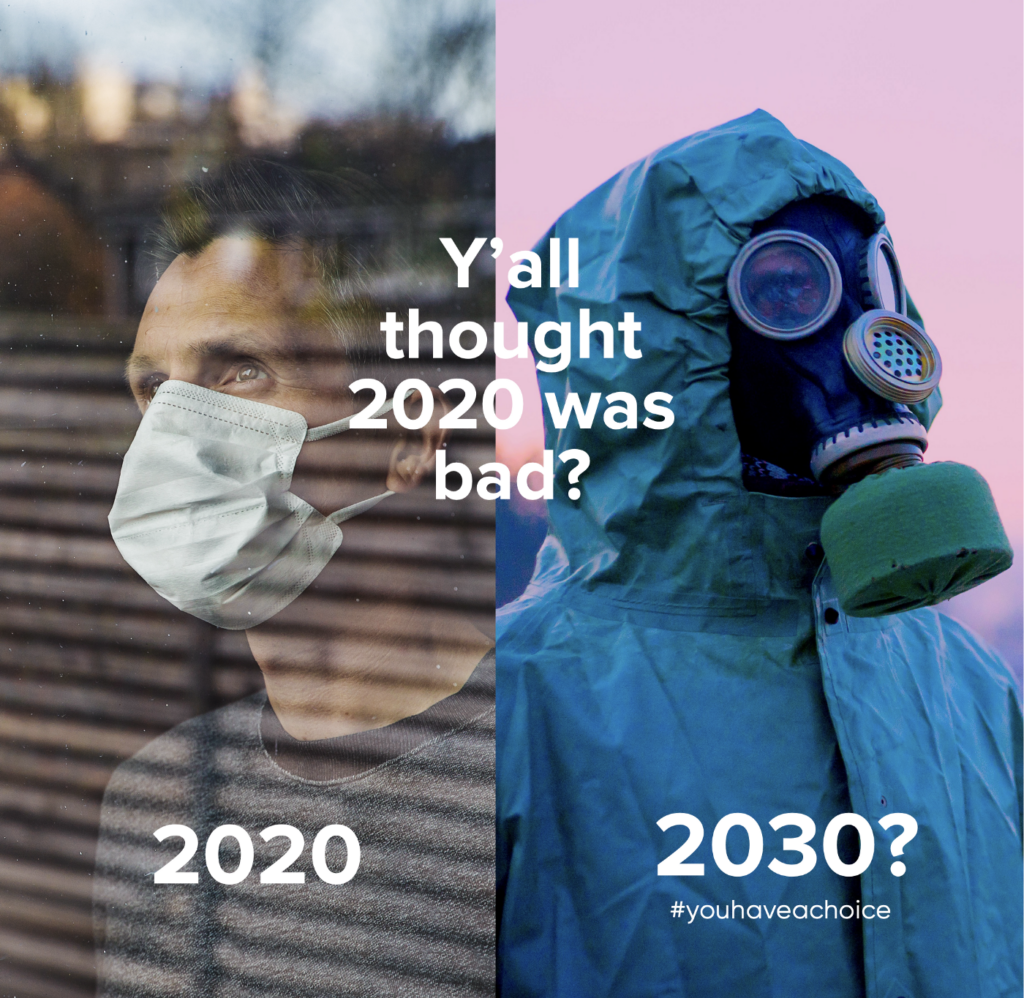 But, when we turned that question mark about “2030?” into a certainty that we have the opportunity for a plentiful future, the audience moved. 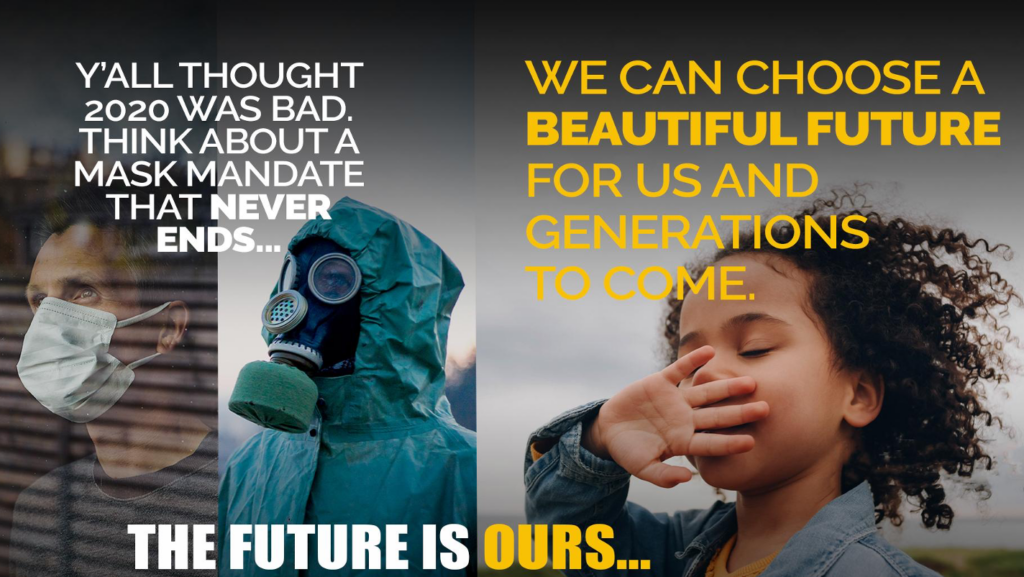 When the tone of the creative was general frustration — a pretty common approach in advocacy media — the audience stayed put. 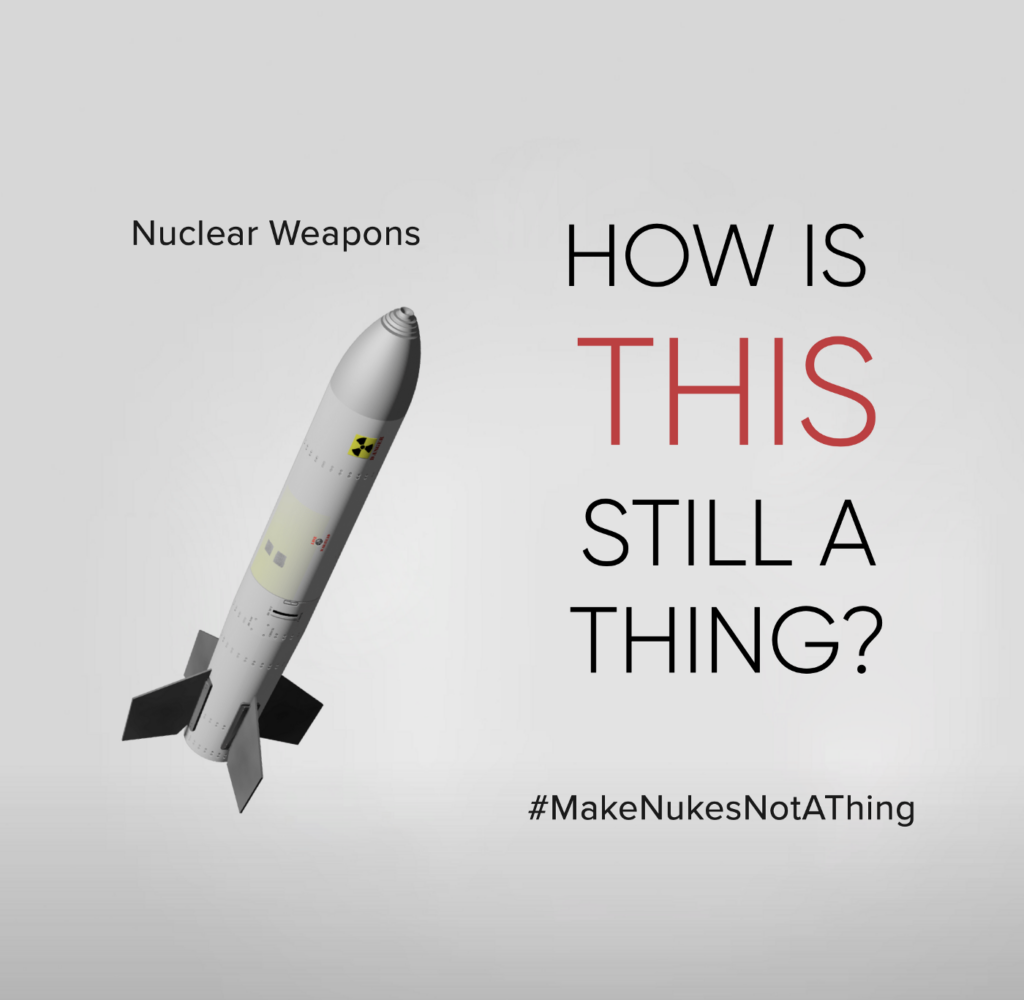 But, when the PFIF insight was applied, and there was an emphasis on learning from the past, the audience moved. 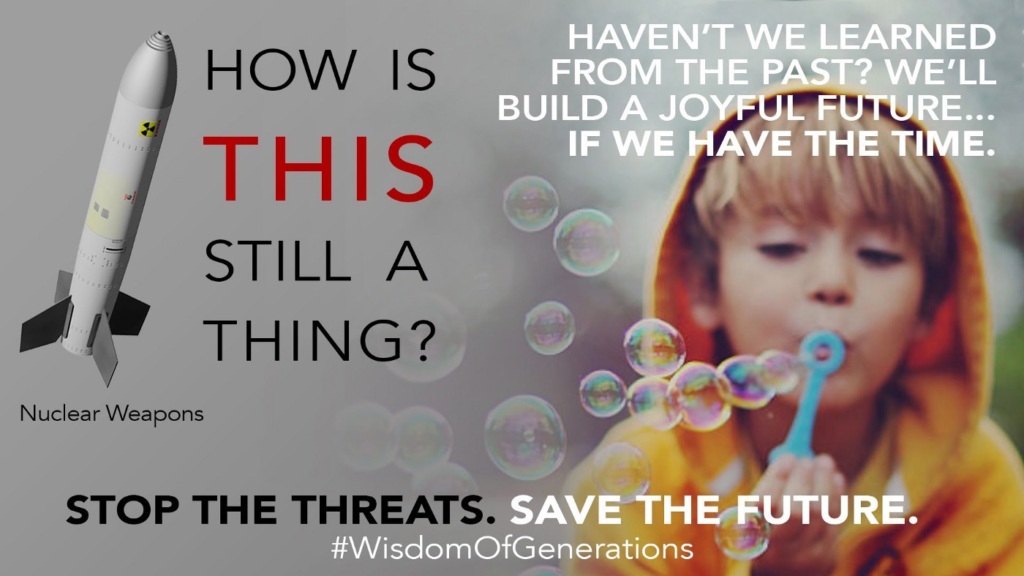 What does it mean for a story to “work?” Not every creative concept moved the audience, but the most successful ones consistently depicted the future. Part of the reason was the definition established ahead of time of what “works.” Often, advocates use immediate action as a metric for success: clickthroughs, emoji reactions, or donations.

Scaring people might be effective in getting them to act right now, but in narrative change, persistent, long-term commitment to a healthier future is typically the goal. So the measurement for what “worked” was based on answers to three key questions, asked via survey after encountering these stories:

We combined these answers into an “index” of endorsement for the overall narrative and scores on that index were compared for people who saw the story concepts to scores to people who saw neutral control media, that is media not about denuclearization. Looking at how the neutral control sample answered these three questions helps explain why stories about nukes need a future so badly.

Desire for a nuke-free future is already high. While conventional advertisers may need to convince consumers they want a product (like tooth whitening gel), nuclear disarmament advocates have already made that “sale”: almost 80% of the control sample in this study agreed that they want no one (including the US) to have nukes. But just half of the survey respondents in the control sample reported being able to imagine a world without nuclear weapons, and only about a third believed they could be a part of the change.

“Narrative change” might have become a buzzword — and its precise meaning is still being discussed — but everyone agrees that a narrative is made of individual stories and that a story has a beginning, a middle, and an end. Narrative change communications can use some of the same tools as advertising (like the testing we used here), but they should keep in mind they aren’t selling the problem — climate change, poverty, nuclear weapons, or unregulated artificial intelligence. They need to be selling an ending audiences want to “buy into.” Naming the problem has its place but selling the ending — the future we can achieve together — is where the change is likely to come.