Get to Know NTI: Andrew Newman

Andrew Newman is senior director for
nuclear fuel cycle activities at NTI. He focuses on nuclear energy/waste and
nonproliferation and leads NTI’s Developing Spent Fuel Strategies project. He
also serves as one of the executive secretaries for the International Partnership for Nuclear Disarmament Verification. Prior to NTI, Newman was a
research associate with Harvard University’s Project on Managing the Atom, and
before that, he spent three years with the Nuclear Science and Technology
Office at the Australian Embassy in Washington DC. Newman is also an adjunct
research associate at Monash University, Victoria Australia where he holds a
PhD in political science and lectured in international relations, arms control
and US politics from 1997 to 2005. Andrew sat down with NTI’s Caitlyn Collett for the latest in Atomic
Pulse’s “Get to Know NTI” series.

Let’s start from the
beginning. When you were 10 years old, what did you want to be?

I wanted to be either a veterinarian or a mechanic – and
clearly did not end up doing either of those things, didn’t even get close, in
fact. I was terrible at science. And my father used to race cars, and I clearly
didn’t get a whole lot of his mechanical blood either. So those didn’t work out.
So I moved on to other things.

Did you race cars?

No, no, no. My dad did it when he was young, and he used to rebuild
the engines in cars that he raced. Unfortunately, not a lot of that trickled
down.

So how did your
interests branch from being a veterinarian to getting interested in nuclear
issues?

I was interested in modern history, mostly 20th century
history, at school, and I started studying a fair bit of Cold War history. It
was through that that I became interested in nuclear issues at university. I
spent a chunk of time during my senior year doing a research project on George Kennan
and his influence on the U.S. Cold War nuclear posture and the making of U.S.
foreign policy. That led to my honors thesis, which was on the development of
the MX missile that the Reagan administration called the Peacekeeper Missile,
which was the follow-on to the Minuteman III. That was an absolute disaster, my
honors thesis.

I did it on a Word processor, and I submitted it and it was
mailed directly back to me by the examiners, and they said, “What are you
doing? This is twice as long as it’s supposed to be. You need to cut this down.
You need to cut half of this out in the next two weeks or we’ll fail you.” So,
in two weeks, I basically ripped chapters out, and I didn’t do a particularly
good job. But I loved writing it. I loved the subject, and I loved the politics
of it. So, one could say that’s where my passion really started. From there, my
PhD was on the Nunn-Lugar program from the end of ’91 to the end of ’96 when
Senator Nunn retired. I spent some time in state government back in Australia and
then spent a chunk of time at the Australian Embassy. I spent three years at Harvard
working with Matt Bunn and the Project on Managing the Atom, and that was a
nice hybrid of the university world and the think tank world, and coming to NTI
was the logical next step. It all worked out very well.

What are you
currently working on with NTI?

I spend almost all of my time on our International
Partnership for Nuclear Disarmament Verification and our nuclear fuel cycle
work, particularly on the management of spent fuel and plutonium.

What inspired you to
leave Australia and work in the United States?

I knew I was going to end up here at some point, but that
was a somewhat difficult conversation with my parents. Certainly since 2001, there
was a pretty big suspicion that this is where I was going to spend a chunk of
my time, and now it has become home.

I’m sure you go back
to visit, but what do you miss most about Australia? 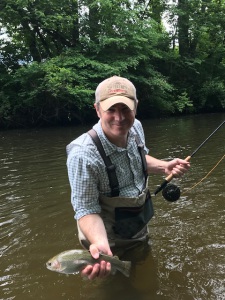 I miss a couple of things. The obvious thing is family and friends over there who I grew up with. But there are two things I definitely miss. The first is the beach. The second is the coffee.

That’s actually changed a bit since I first started coming to the east coast in the late ’90s. Back then, it was pretty tough to get anything other than Starbucks. It’s just a pretty bland coffee. Nowadays, you see a lot more variety, so there is less of that problem, and I can definitely get the sort of coffee I grew up having. Melbourne has got a ton of Italians and they make quite strong coffee, so Melbourne is a big café society.

How do you usually take your coffee?

I drink cappuccinos and latte actually. My wife is a black coffee drinker and thinks that anything else is less than pure. But I like a good strong latte.

We’re getting a new coffee machine here at NTI so maybe stronger lattes are in your future!

Yes, I’m looking forward to that, too.

So, what do you think is the biggest problem facing our world today?

In most countries with nuclear power, the lack of a pathway to deal with their spent fuel, which causes all sorts of problem. It, you know, it undermines the whole argument for nuclear in the first place. We used to work a little bit with a guy who described it as, it’s like building a house, but without putting any plumbing in. It’s that sort of – it causes all sorts of problems. And so to me, the focus for me right now is on that. I think there are more existential issues with nuclear weapons clearly, but my focus right now, it’s helping countries to develop those safe and secure solutions to spent fuel, but allow everything to keep going.

How do you feel about the reprocessing of spent fuel as a waste management option for the United States?

I’ve bounced back and forth over the years about this. But it’s just not economically efficient and frankly it doesn’t deal with the waste problem you have anyway, in part because spent fuel management is less a function of the volume of waste and more a function of the heat. The concept of reprocessing is to extract the plutonium out of spent fuel, use it to make new fuel and put it back into a reactor – but doing it once doesn’t help at all, you’ve got keep doing it over and over again. So, unless the technology gets a lot better and it can be done cleaner and more efficiently, I just don’t see it as a viable option.

Back to the drawing board, then. What is one book you think everyone should read and one movie everybody should watch?

It’s really old now and there are probably better books now, but Robert Jervis wrote a book called “Perception and Misperception in International Politics” that I just thought was fantastic. It’s about why people and organizations make decisions, and how they can be totally out of whack with what’s actually going on and why that is. And I think that was just brilliant. I think that came out in late ’70s, and so there’s probably updates to that, but I loved it. That or David Halberstam’s “The Best and the Brightest” on the U.S. government and the Vietnam War and the personalities shaping that, that I just loved as well. One movie, on this, I’m not sure that I can recommend any on our work. But with movies in general, the answer is easy: Jaws. Jaws is the best movie of all time.

I saw that movie when I was 12 and was so scared I haven’t watched it since, so I suppose I agree. It definitely leaves a lasting impression. Lastly, if you could have any other job or career other than the one you currently have, money is a non-issue, success is imminent, what would you like to do?

I would play sport for a living, maybe play tennis or surf for a living, or I’d play drums. I grew up playing the drums. I was actually in a very, very short-lived band, and I thought that would be a good life.

What was your band called?

We were called The Slick. We were pretty much playing covers and it was just rock and roll. We lasted one gig. We played at a Christmas party at a lifeguard club in Melbourne, which sits on a big bay. Most of the clubs have Christmas parties each year, and we played that and didn’t get paid for it. It’s so stupid because we would have made like 30 dollars each anyway, but not getting paid for it somehow caused a rift in the band and then we sort of broke up. We never got back together after that. So that was the end of The Slick.

Oh man, R.I.P the Slick! You could’ve been the next big thing.

I think probably some people would suggest that wasn’t a bad thing, but –

Probably for the best?

Yeah, probably. I think we could have done with a little bit more practice.

Nickolas Roth, senior director for NTI’s Nuclear Materials Security program, explains what happened at the Zaporizhzhia nuclear power plant that terrifying night, what could have happened, and what the long-term implications are for nuclear security and nonproliferation efforts around the world.